Tamale is stressing us 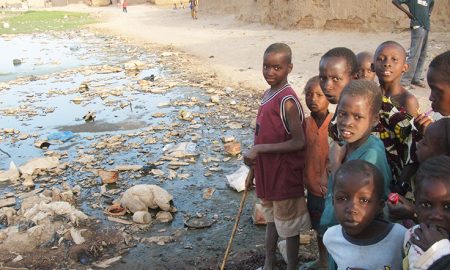 The day light of the so called ”hospitality country” 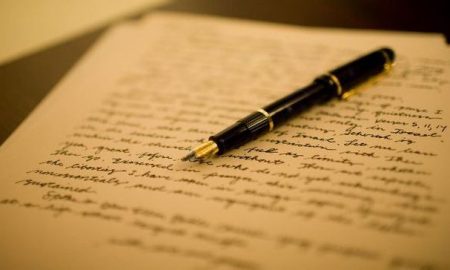 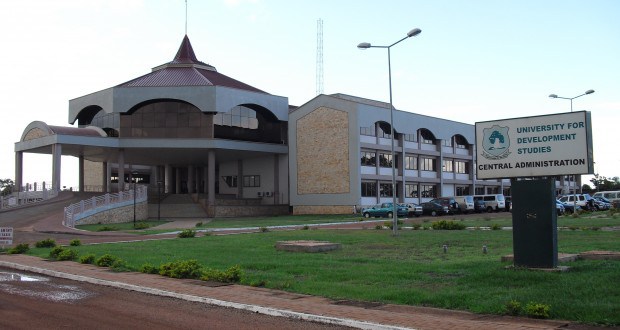 Established in May 1992 by the Government of Ghana to “blend the academic world with that of the community in order to provide constructive interaction between the two for the total development of Northern Ghana, in particular, and the country as a whole” (PNDC Law 279, Section 279). The University has its main administration in Tamale with Nyankpala were it began, Navorongo and Wa campus the youngest and highly populated of all.

We have been stressed with bureaucracy at its slowest peak, many can attest to the fact about the ordeals we go through in trying to seek redress in administrative processes. ‘’Go to Tamale, Tamale has not yet responded, Tamale, Tamale, everything Tamale. Tamale!! we are frustrating from your arrangements believe me, am obtaining largely my inspiration from experience and I strongly believe.   In fact, I share this and other burdens students of UDS Wa go through, which I might not have captured in this write up. These numerous experiences recount my memory back in the Senior High Schooldays, during our Monday assemblies we were made always to believe that, this time not Tamale but Accra, Accra, Accra. Accra hasn’t released your feeding grants, Accra is yet to release your timetable. I understand this setting and always found solace judging from the fact that all government Senior High Schools are under one big Secretariat and as such it was normal to understand the difficulties in their processes.

Reading wide made me to understand the processes in the University setting, in that it’s a whole big institution with the Vice Chancellor, Deans, Lecturers, Administrators of Various departments and all other structures set up to address challenges of students. This meant that I would have to write a letter to the appropriate department through the right channel and fast my problem will be looked at.

These dreams of mine were not just true but rather worse than I thought, couldn’t I just walk to appropriate authorities to correct exam challenges with ease back in high school? Yes, I could, perhaps you are seeing me to be myopic for comparing processes in the high school to that of the University hahahaa but trust me you will share my burdens if you find yourself in UDS WA where I belong.

Most are times I jealous proceedings in other Universities that are not like us, you should know what I mean, maybe you don’t, let me tell you, we are a university enveloped in the environs of the Upper West Region without autonomy sounds funny right? A university without autonomy? Yes, we exist, I guess you saw me mention the name Tamale repeatedly above? Yes, that is our capital, yes our capital. They have the final say and some processes cannot just be complete without the involvement of our bosses over there.

Graduation gowns were brought from Tamale for graduates in UDS WA campus, these gowns were to be returned within the next two days after graduation for them to probably be sent back to Tamale for onward graduation ceremonies, Abigail felt seriously sick immediately after graduation and that rendered her unable to return her gown within those two days.  She could have given it to someone to submit it on her behalf, right? Maybe No. God been so good she fully recovered on the eve to the third day of submission, she made up her mind to quickly submit it the following morning and plead with them explaining the sickness she had been through probably support that with empirical facts of hospital chits or receipts. Yes, she was heard by the lady in charge of the collection of the gowns, but no she could not submit the gowns why because the return gown chits had run out and can only be gotten if she goes to Tamale where the Boss in charge of stores resides. What!! madam am offering my service in Nadowli which is about seven hours to Tamale, how can I go through all this stress didn’t I explain what happened? Madam for the past month our service money has not been paid and even if it had been paid, spending over a hundred Ghana cedis for transport from that meagre amount will tremendously have an adverse effect on me, looking at my numerous needs as a lady. Please help me out. But no Tamale is our big home go you must.

Bukari had a bit of trust in himself of perusing, Economics and Entrepreneurship but as lectures went on he began seeing stars and quickly opted to change for better to a department he believes will be manageable for him but hey registration is closed you must go to Tamale to correct that, he was told upon inquiry from administrators. Sir you know lectures are on going and soon mid-trimesters exams will commence, besides I don’t have enough money to travel. The money I have left is strictly for my morning gari as breakfast, mashed kenkey with groundnuts as lunch and ‘’Quanty”( rice and beans sold at cheap prices, you have value for money because gh1 can satisfy a moderate consumer) as lunch, I take care of myself here, I have no help from anywhere because am an orphan. Please cant these processes be done right here in WA?,  young man you are wasting my time I told you to visit Tamale for onwards correction. Bukari left the office in tears but man I must do this despite the fact that I must starve latter on as the trim goes on, its better to starve than peruse this course I believe won’t go down well with me. Yes, It is always best to make up your mind before proceeding with stuffs like that but my friend Karim in The University of Ghana suffered similar ordeal he just had to walk to the administration in the matter of minutes, he handed over the letter and correction was made but he had a stern warning as punishment. Am I not also in a University? But why go to Tamale when my University is in WA?..Man don’t go and see said a faint voice perhaps that was his instincts telling him your University is unlike others.

Prosper a promising but needy student in this same University won a scholarship of gh2000,0000, recognizing Tamale as the administration for the University for Development Studies, this money was transferred there for onwards disbursement into his account. Luckily for him he could proceed with his registration because part of the scholarship money was used in paying his fees, so he didn’t have to go through long cues in the designated banks for payment and his registration online went on smooth he praised Tamale for releasing burdens from him. Yes, maybe the worse is yet to happen, inscriptions from his registration showed that the school owed him an amount of gh850,00 thus the remaining balance from the scholarship after his fees were deducted. Good morning sir he greeted the accounts office, good morning what can we do for you, please sir I am coming for a refund of my scholarship excess and this letter contains supporting documents. Looks through them. That is authentic said the accountant but you must write to …………… wow, sir how fast will it take because I am solely to depend on that money for survival and the trimester just began I need to buy my food items and other stuffs. Replied the accountant there is nothing I can do you must write to Tamale through us okay, hurriedly he wrote and submitted the letter that same day but waited for days and days turning to weeks, weeks turning to months Only God knew how he managed to survive throughout that period.

I can’t speak for other campuses but for here in WA, the above illustrations though real are just few ordeals we go through in seeking redress for problems and activities that confront us. It has not always been easy for any student combining academic lessons whiles following up with letters and travels to long distance to seek redress, we therefore plead with school authorities to make decentralization more efficient providing our Authorities with more power to pass judgements on numerous problems or facilitate faster processes to snap away from Tamale and be a full University on our own besides we have the largest population and our internal generated funds Is enough to sustain us soar to greatness.