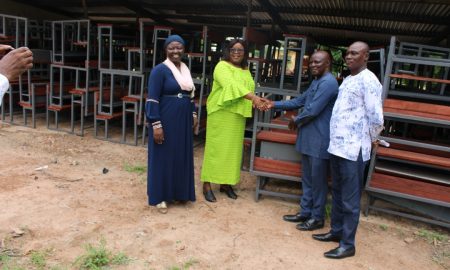 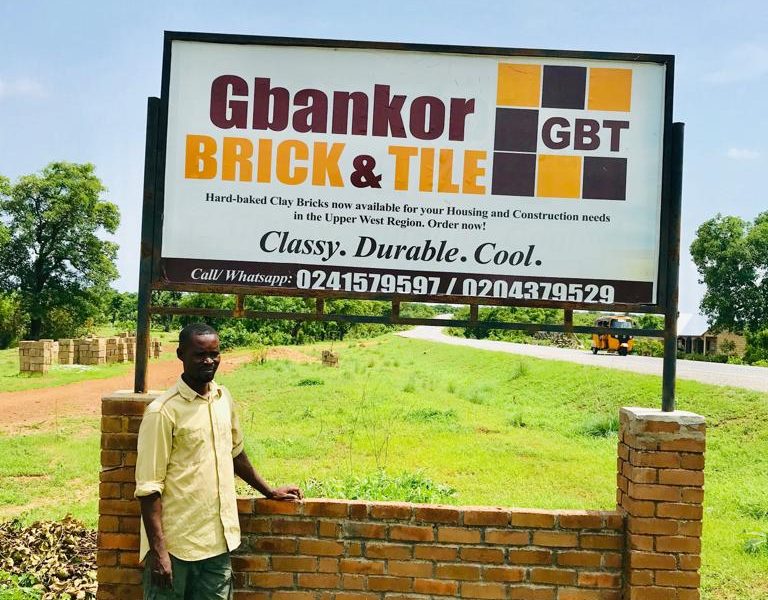 The Nadowli-Kaleo Centre for National Culture visited the Gbankor Brick & Tile Factory, an establishment in the Nadowli-Kaleo District. The brick factory was established by the Divisional Chief of Gbankor Naa Emmanuel Mwinlayuori to provide jobs for the youth in the community whilst promoting our indigenous way to building in a modernized way through the use of technology.

The factory currently provides direct employment for eight (8) people in the community. This establishment begun operations in the year 2015 and has still remain active to date. They sell a brick for gh₵2 and an estimated bricks of on thousand six hundred (1,600) is enough to build a regular room. The machines employed in their operations runs on electricity and some other use diesel as fuel. Mr. Simon who manages the factory and doubles as the Assembly Member for the Gbankor area bemoaned that the factory faces some challenges including;

He said that when the factory begun, sales of bricks were very low. They produced a lot of bricks but sales were poor but they did not relent but persisted. Currently, the people in the district and the region by extension are beginning to realize that building with bricks is less cheap, quality and beautiful than the regular cement blocks.

How Bricks are Made in Gbankor

Bricks have been used since creation. Our fore fathers relied on bricks in building huts for hospitality purposes. Historical monuments like the Gwollu Slave Defense Wall in the Upper West Region of Ghana, the Ancient Pyramids of Egypt, the Shebeli Tower in Iran, the Roman Basillica in Germany among many others were all built from clay.

In medieval times, bricks were made by workers kneading the clay and then placing it into wooden moulds giving the brick a rectangular shape for building houses. This practice still exists in several rural communities especially in Northern Ghana.

In Gbankor, the processes in coming out with the beautiful bricks are explained below;

It must be noted that, these fired bricks are one of the longest-lasting and strongest building materials, it is sometimes referred to as artificial stone. The Centre for National Culture is strongly encouraging Ghanaians to prioritize the use of bricks when building because;

We are by this encouraging people to patronize from the Gbankor Brick & Tiles factory located in Gbankor.

PICTURES OF FACTORY AND BUILDINGS BUILT WITH BRICKS 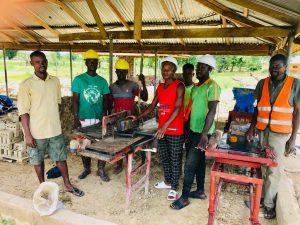 Workers at the factory 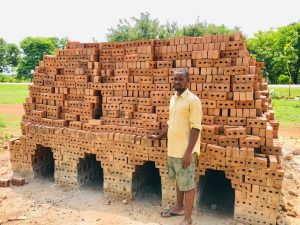 Mr Mwinipuoba Simon, head at the factory in pose with bricks 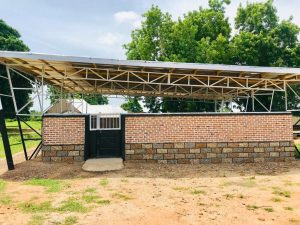