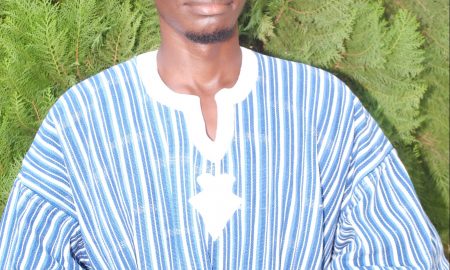 The Rise of UDS Wa Students 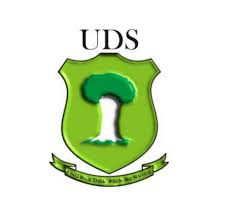 I have received several complains mainly from our dear level 100 folks to write and criticize the Student Representative Council (SRC) as a known Students Activist on the issue of their souvenirs. The issue was that books and T shirts handed them had inscriptions of the 2016/2017 instead of 2017/18 academic year and that the pen drives don’t function, all these allegations leveled is indeed very true.

Just that moment I took out my tools and started to lambaste the SRC for failing to do what was right, I rained a whole lot of striking criticisms on the president who is the head of the Student Representative Council (Hon Jarah). Just as I was about posting that piece, I had a striking second thought with myriad of questions that kept me pondering, some of those thoughts were;

Why would Jarah share books to the level 100 and on those books none of the current SRC executive’s images were not on the back cover?

Why are the pen drives not functioning?

I smiled and said to myself that, I would have made a fool out of my personality if I had posted the previous article I wrote out of complains from the level 100 folks without carrying out any proper investigation, and out of ignorance I would have also dented the image and personality of the SRC president wrongly.

I humbly pose this question to the 100s, which SRC president would not want his image to be pasted on books that will be distributed to over a thousand students, tell me which of you wont like to be famous? Of course, there might be some few.

After my underground investigations I got to find out the truth from close and trusted sources and this is WHAT THE LEVEL 100s MIGHT NOT KNOW.  There was a time in UDS WA campus that SRC elections were conducted but the unfortunate happened and that was an aspirant after the declaration of the election results vehemently refused and objected the results. He was willing to go the nook and cranny to peruse that case in the law court, the matter finally ended up in court and you all can attest to the fact that court proceedings such as this take time, but what must go on was that the school proceedings must run but not without an SRC President, as a result we were ‘’awarded’’ with an Interim SRC president, he is the same gentleman on your books. This gentleman allegedly printed those books in large numbers at cost running into millions of Ghana cedis ON DEBT that meant that later SRC presidents were bound to settle this misfortune.

Now there is something you must know, the harm has already been done and place your shoes in that of Jarah, if truly you claim to work in the interest of students I guess you would have printed new copies leaving the books that have already been procured in debt to rot? Hell No, hence he had to settle that debt.

Broadening the current circumstance to our country at large you will get to understand that Jarah would have been applauded. Our country would continue to wallow in the realms of a third world if Presidents fail to peruse the unfinished projects and refusal to settle the debt of previous administration. Let’s get facts right, if for instance the ruling National Patriotic Party religiously continue nothing but the good projects of the previous administration I think that we would move forward as a country in the right direction.

In summary at first, I lambasted the current SRC president but at a second thought I saw that it was a great sacrifice worthy of praise that Jarah and his team took. One of the strings attached to be an SRC executive is that you get to see your ‘’killer’’ or best picture pasted on books mend to be distributed to over a thousand students oh! Man, that’s fame…lol yet they sacrificed. And with the issue of the drives, it was done in careless abundance to the benefit of some greedy individuals in that administration, that is why we are not developing as a country if contractors continue to do shoddy works yet demand monies. Jarah should be praised on this particular issue but not cursed I even heard from trusted and close sources that he Jarah is pushing very hard for the level 100s to be compensated, what you should be doing is supporting him and calling on the school authorities to hear him out and provide you what is due. The tragedy of UDS WA campus is that we are controlled by Tamale and solely rely on their approval of budgets mend for our development, we turn to even receive less even though we contribute more in terms of finance.

I entreat our dear 100s to keep calm but also note that you have the chance to select your next SRC president, don’t fall gullible to material inducements to vote for a candidate but vote based on competence that would move our institution forward. GOD BLESS